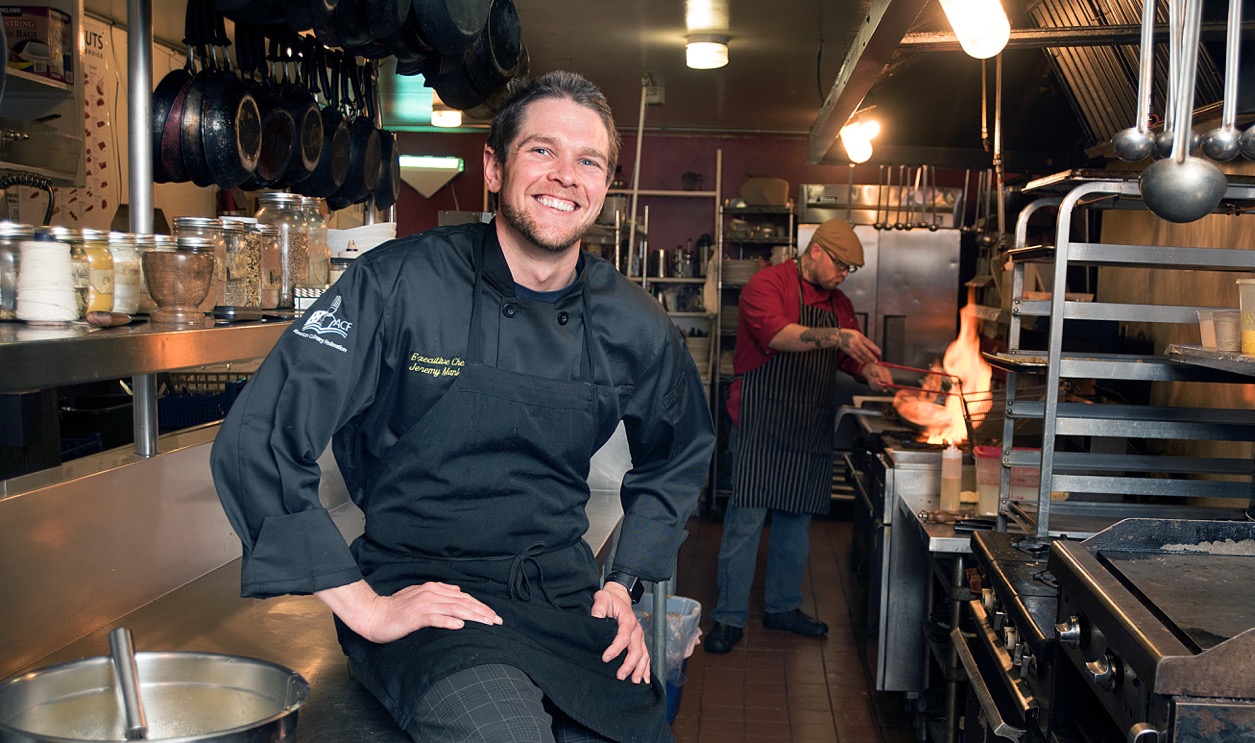 A Cordon Bleu graduate, Chef Jeremy has been working with food and cooking since the age of 10. He began his career in the wedding catering industry and quickly advanced. By the age of 13, he was catering weddings for 250 people. Years of experience and an aptitude for artistry are readily apparent in this young gourmet’s creations.

Jeremy’s menu changes frequently in response to seasonal, fresh produce, and local organically grown produce. Jeremy’s gourmet burgers are simply amazing, using only grass fed, free range organic beef from small sustainable farms, and pork dishes are created with heritage pork. With recipes published in Bison World Magazine, Chef Jeremy’s bison meatloaf is a local favorite. Jeremy’s numerous dessert specialties and fresh sauces are so fantastic, customers comment on the temptation to lick the plate. Chef Jeremy also works closely with local wineries and breweries, expanding his beverage menu to one of the finest wine and beer lists in East County, and his welcomed his sister, Brigida Rasmussen, as the restaurant’s on site sommelier .

Chef Jeremy’s hosted a farm to table school lunch program for the Julian School District for many years, starting in 2003.

“In July 2016 I attended the Edible School Yard Program in Berkeley California. Alice Waters who is one one California's Pioneer ‘Farm to Table’ Chefs spear-heads the program with an amazing team. Chef Ann from The Chef Ann Foundation was my teacher, and she opened my mind to a new approach for Farm to School cooking. Jeremy’s on The Hill feeds 180-200 kids a day for the Julian School Districts and provides an after school Super Snack as well. I was fortunate to have breakfast with Alice Waters after eating at her restaurant Chez Panisse the night before,”
Chef Jeremy Manley

He is known as Southern California’s  Sustainable Chef as he believes in serving farm fresh, local, organic food and recycling what he can.